Did you know that your home’s foundation sits upon different layers of soil? The soil upon which your house is built will determine its structural integrity and the building materials to be used. When the soil around and below your foundation becomes too dry or too wet, it can put stress on your foundation, causing a myriad of foundation issues such as wall cracks, shifting, foundation settlement, and even the bowing of walls. So if you are in the process of constructing a new home or maintaining your foundation, it’s good to have an understanding of soil conditions and the different soil types, behaviors, and characteristics. 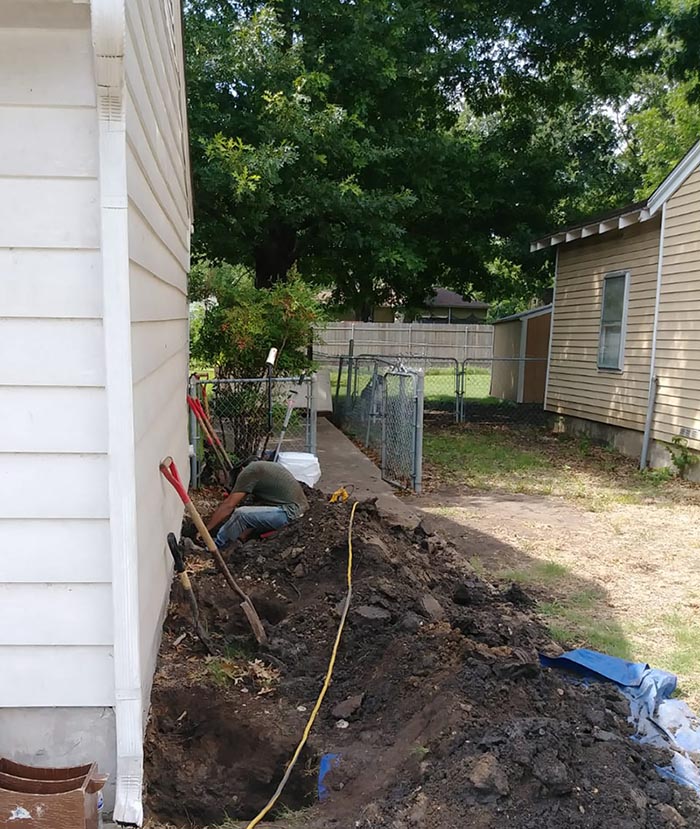 Soil Types, Characteristics, and Their Role in Foundation Problems

The biggest and least likely to contain water particles are sandy soils. They do not absorb water; rather, they allow it to pass through. Sandy soils keep a relatively constant volume and density rather than growing larger as they absorb rainfall and shrinking as they dry out.

Sandy soils are less likely to shift and settle owing to their stability and strong load-bearing capabilities; therefore, they hardly cause foundation issues.

Since clay particles are so tiny and have the propensity to pack down readily, water does not drain efficiently. Clay soil readily absorbs water and grows as it saturates.

Foundations may crack, heave, or move due to expansive clay soil. Clay soils shrink and break as they dry out, leaving openings around the house that are easy for the subsequent storm’s rain to enter and restart the cycle of expansion.

Sand, silt, and clay are found in roughly equal proportions in loamy soils. True loam is perfect for construction; however, the majority of loamy soils contain a greater proportion of other types of soil. Loamy soils have a variety of particle sizes, which contributes to their resilience and strength, making them excellent foundation soils.

The likelihood of vegetation that hasn’t decomposed, which could force the soil to move as it breaks down, is a potential issue with constructing on loamy soil. Loamy soils are less able to hold the load of the foundation as they move underneath it, which can cause settlement and cracks.

Poor soil compaction can cause settlement issues that might harm your foundation as the soil begins to compress under the weight of the house. Before laying a foundation on top of the dirt, it must be well compacted.

The soil dries out during extended dry spells. Clay shrinks when it dries. The same result is obtained from soil shrinkage underneath a foundation as from soil settling.

Water standing adjacent to your house will cause the ground to soak up water and swell. As it happens, it may cause foundation cracks and bowing walls. Ensure that the ground slopes away from your home’s foundation and not toward it.

Ignoring foundation issues can lead to structural problems for your property. Before buying or constructing, ensure that the property or land is inspected. An inspection can accurately confirm the condition of the foundation and help avert future foundation issues. To learn more or schedule a foundation inspection, visit us at Dodson Foundation Repair. Contact us today to get started.